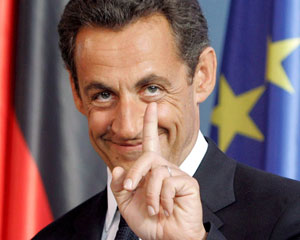 HE HAS been hard to ignore, but easy to write off. Ever since he was elected French president in May 2007, Nicolas Sarkozy has been breathlessly hyperactive, in both his personal and his official life. Perhaps because of this, cynical observers have tended to dismiss him as a showman who talks the talk but seldom walks the walk. Our verdict on his first anniversary in early May was that his presidency had, thus far, been a disappointment.

Yet in recent weeks Mr Sarkozy’s government has managed to pass a string of reforms-and to do so without running into that traditional bugbear of French presidents, mass protests in the streets. How has he achieved it? In his early months Mr Sarkozy showed himself too easily distracted and overly prone to compromise. He then had to cope simultaneously with a deteriorating economic outlook and a humiliating dive in popularity. None of these things has got any better. And yet Mr Sarkozy has bolstered the momentum of his reforms thanks to three largely unrelated factors.

The first is that he and his advisers realised, perhaps belatedly, that there really is no alternative； that, on the back of his thumping majorities in both the presidential and parliamentary elections last year, Mr Sarkozy has to deliver his manifesto pledges of radical change and a promise to put France back to work if he is to retain any credibility at all with voters. A second factor is the continuing weakness of the opposition Socialist Party, which has helped to offset his own deep personal unpopularity. And the third, perhaps most decisive and least expected, has been the taming of France’s notoriously bolshy trade unions

That the French president is sticking to his reform agenda is good news not just for France but for all of Europe. Until recently, the euro-area economy was holding up surprisingly well in the face of an American slowdown and a troubled world economy. But it seems to have stalled in the second quarter: growth has more or less stopped in Germany and Italy, and countries experiencing property busts, such as Spain and Ireland, are falling off a cliff. France is doing better than some others, but it too is stuttering. Mr Sarkozy’s reforms will not have quick enough effects to help much, but they are essential in the long run if the economy is to become both more flexible and more competitive.

The economist and the populist
平民论者和经济学家

A sharp economic slowdown, which could easily tip into a recession, will undoubtedly test Mr Sarkozy’s resolve, but so far he seems, correctly, to have concluded that it makes changing France more pressing, not less. The real danger now is not that he will give up on reform, but that recession will reinforce his worst populist tendencies.

For there are in truth two Sarkozys. One is an economic liberaliser who has long insisted that France must change, that French people must work harder and that the entire system needs to undergo a complete rupture, or break with the past. This is the president who is pushing ahead grittily with his economic reforms.

The other Sarkozy is an economic nationalist who talks grandly about the importance of protecting jobs and factories, distrusts both free-traders and the market, and frets publicly about the downside to globalisation. This is the president who attacks the European Central Bank at almost every opportunity for its rigid monetary policy, criticises the European Commission for its promotion of competition and is seeking to undermine the Doha world trade talks because they threaten to cut European Union farm subsidies.

The good Mr Sarkozy could yet jolt the French out of their long economic decline. He has time on his side. As part of the constitutional changes that he got through parliament this week, presidents are now limited to two terms. That in theory gives him until 2017. But if he is to succeed, he must hold back his bad, populist instincts. In many ways France, Europe’s second-biggest economy, will be decisive for the future of reform across the entire euro area. Liberalisation in Germany is blocked by coalition politics; for different reasons, the leaders of Spain and Italy are disinclined to pursue it. But if France can successfully set the example, everybody else will be forced to sit up and take note.